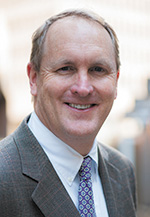 A new Tennessee law that went into effect on Jan. 1 requires more transparency and limits changes to reimbursement rates in contracts between health insurance companies and healthcare providers during a contract term.

The new law requires health insurance companies give a 60-day notice to a contracted healthcare provider when reimbursement rates change, if the changes are a result of a policy change at the sole discretion of the payer. It also limits fee schedule changes to once in a 12-month period and requires a 90-day notice of those changes.

According to the Tennessee Medical Association, the organization began pushing for improved business policies in 2014 after years of complaints from medical practices that felt powerless against one-sided, "take-it-or-leave-it" contracts that allowed health plans to change payments arbitrarily and without notice. TMA led grassroots efforts that persuaded lawmakers to pass the Healthcare Provider Stability Act in 2017.

"This law will bring much-needed financial predictability and stability to the marketplace when it takes effect in January. It will help doctors focus on patient care without having to worry about whether the patient's health plan will suddenly decide to deny or lower payment. We thank Sen. Bo Watson (R-Hixson) and Rep. Cameron Sexton (R-Crossville) again for their leadership on this important issue," said TMA President Matthew L. Mancini, MD.