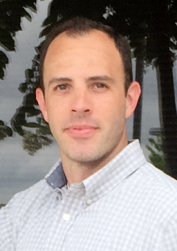 During the February luncheon, Rob Bramblett, CEO and co-founder of Visualize Health, spoke about the importance of capturing data and turning it into actionable steps to maximize success in a value-based medical environment.

Visualize Health began in 2015 after Bramblett helped a friend sort out data for a practice, and the idea snowballed from there. Bramblett recognized an industry need for trained professionals who knew how to talk to doctors and understood the workflow of clinics, could provide EHR training, and would demonstrate to doctors how they could capitalize on their technology assets and get the biggest return on their investment.

Visualize Health's primary service is to leverage data for key performance indicators (KPIs) and turn them into actionable steps and goals. Bramblett said those steps could be change management, clinical support, market action, or all of the above.

In January, the company launched an ACO in Florida after noticing a lack of care continuity within the market. Bramblett said primary care practitioners were seeing so many patients a day that they couldn't keep up and follow up with their patients, meaning that there was very little care coordination.

"When we're talking about how to impact the patient - it's really hard to go to doctors and nurses and talk about data entry, but that's really where it starts," explained Bramblett, adding such data makes it possible to track and follow a patient's needs and progress.

Bramblett said he knew the idea of value-based treatment had been tried and failed nearly 25 years ago. However, he added, "I think the huge difference in 25 years ago and today is data."

Noting the two big motivators for most people are love and money, he said he thinks fully utilizing actionable data will ultimately help providers make more money and get back to what they love ... caring for patients. "Doctors are seeing more and more patients, but they aren't getting paid more and more," he pointed out. I really think in this model to make more money, they're going to need to see less patients."

While he thinks data is central to making value-based care work and helping providers succeed, he said federal regulations set up across the board, rather than by specialty, probably did everyone a disservice. "Meaningful use gave us a false sense of security when it comes to data," he noted, adding that hitting MU goals doesn't make data useable. In fact, he said that most practices still have 'paper charts' for all intents and purposes. While they have an EHR, the reality is that if the data can't be sorted, teased out, studied and acted upon, it's no more useful than a note in an old filing cabinet. "It's going in there," he said of logging important patient data into the EHR, "but it's not going there in a codifiable language."

To thrive in a value-based environment, Bramblett said practices must know what reporting requirements are expected in contracts and what their practice systems are capable of doing. Then, they should form a plan to bridge that gap.

For information on upcoming NMGMA events or to learn more about the association, go online to nmgma.com.