Premier Scribes Allows Providers to Focus on Patients ... Not 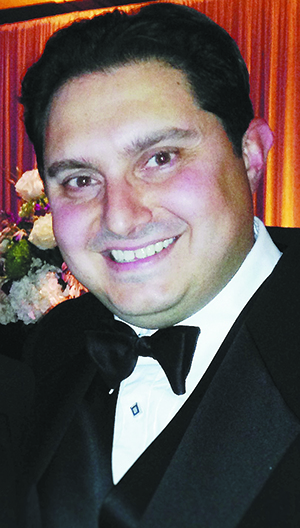 "For every hour that a physician spends in direct time, face-to-face with a patient, they spend two hours working in the electronic medical record and doing desk work," stated Arthur Smolensky, MD, founder of Premier Scribes of Tennessee.

If you asked a physician why they spent years training for their job, Smolensky said you would be hard pressed to find anyone who said it was so they could spend hours on paperwork. "Documentation is frankly probably the least enjoyable part of being a physician. Being able to offload that allows the physician to focus more on the patient," he pointed out.

An October 2018 article by the American Medical Association relayed the results of a Kaiser Permanente study that found the use of scribes "improved efficiency, workflow, and patient-physician interaction." Other studies, the article continued, have similarly found the use of scribes improve physician satisfaction, foster teamwork, might help mitigate physician burnout by lessening a time-consuming task, and could potentially pay for itself by increasing efficiency and patient volume.

An emergency room physician, Smolensky's personal experience has mirrored those observations. In his prior practice, Smolensky had oversight of an in-house medical scribe service for his group in Arizona. Having scribes, he said, allowed him to have better interactions with both the patient and larger care team.

Relocating to practice in Nashville, Smolensky knew he wanted to continue using medical scribes and put the administrative expertise he gained in Arizona to work in Middle Tennessee. "I founded Premier Scribes in February 2016," he noted of his three-year-old company that has seen steady year-over-year growth. As a physician, Smolensky said he brings the client's viewpoint to the operational side of the business.

Starting in the emergency department, Premier Scribes now also services sleep medicine, primary care and OB/GYN practices. "All of our clients are in Middle Tennessee," he noted. "We have the scale and ability to go outside the region but have been very intentional about growth to maintain the high standards we've set."

In addition to the benefits outlined in the AMA article, Smolensky said he believes scribe services like his give practices a competitive edge when it comes to physician recruitment and retention by improving the work environment and allowing providers to leave the office earlier for a better work/life balance. Another revenue plus, he continued, is the improved charge capture practices typically see from using trained scribes. "You're more thoroughly documenting what is being done, and therefore getting paid for the services rendered," he pointed out.

Referencing the AMA article and underlying research, Smolensky said dermatologists utilizing scribes in one study saw a 7.7 percent rise in revenue compared to those who did not use the service. In another study, he continued, cardiologists using scribes "generated an extra $1.4 million in revenue at only a cost of $99,000 (for scribes) ... so about a 14-time ROI."

He has heard similar success stories from Premier Scribes clients. "One of the specialty practices that we staff is literally seeing three times the number of patients with the scribes as without," he said. "An ED physician client said she has seen about a 20 percent increase in hourly productivity." Smolensky continued, "It really does change the workflow. Before maybe you saw a patient and then hit the computer. Now, you can go patient to patient."

Yet another practice benefit, he noted, is that scribes put in personalized information for every patient, every time. That's important, he said, because federal regulators are really cracking down on cloning records or cutting and pasting copy. Having unique, detailed documentation is important in case of audit.

One final benefit, Smolensky continued, is for the employees of Premier Scribes. Most all of the 35 scribes on staff are pre-med or pre-PA students finishing up their undergrad degree or in a gap year prior to staring the next phase of their education. "It's very difficult for them to get meaningful exposure to the healthcare system, and this is one way for them to do that," Smolensky said.

All of the scribes are trained in Cerner with individual scribes being trained in other popular EHR systems. "They come with a baseline training of about 100 hours of both classroom and clinical training," Smolensky explained. Additionally, there is a trial period where the physician and scribe become oriented with each other. "Physicians all have their documentation preferences. The scribes get to know that, so you get a chart the way you prefer it."

From his personal experience, Smolensky has become a passionate advocate for the benefits he believes scribes brings to patients, physicians and practices that result in improved satisfaction, engagement and revenue. It's a viewpoint he sees taking root and expanding in Middle Tennessee. "So far, we've never lost a client," he concluded.

AMA Article on the Overlooked Benefits of Scribes