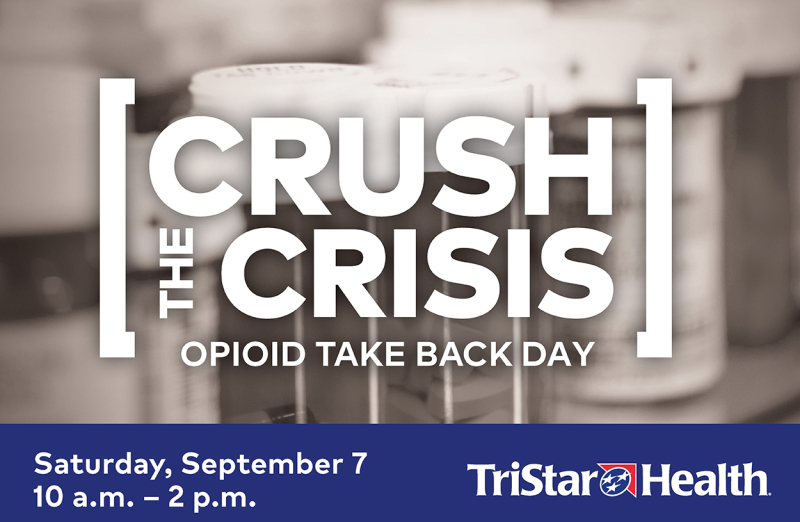 *TriStar Summit will be collecting medications from 10 am - 1 pm.