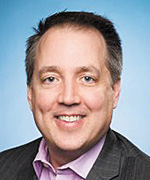 Trenor Williams, MD - founder and former CEO of clinical HIT and advisory management firm Clinovations before selling it to The Advisory Board Company in 2015 - has recently launched Socially Determined. The company features a service-enabled tech platform that integrates the social determinants of health with clinical data through the use of comprehensive care pathways and advanced analytics.

Noting he feels passionately both personally and professionally about the role social determinants play in an individual's health, Williams explained his new venture was born of three beliefs. The first, he said, is that social determinants "have a legitimate impact on healthcare outcomes, healthcare utilization, and healthcare spend." Number two, Williams stated, is the belief "that despite our best efforts, we don't capture that information for each of our patients; and even if we do, it's not in a codified and consistent way."

He continued, "That feels like there's a real business opportunity to do the right thing in healthcare, especially when you layer on the third piece ... there are more and more risk-based contracts. We decided to launch Socially Determined to try to be part of the solution."

In conversations with municipalities, health systems, community organizations and insurers, Williams said there is a broad acceptance that social risk factors do matter and most stakeholders are trying to figure out where investments should be made to result in a demonstrable difference.

"We believe a part of the solution is going to be enabled by technology," Williams noted. But, he pointed out, the first step is to get the data. He said the three key sources of data are clinical information from providers and insurers, public data from municipalities and sources including the CDC, and from an often overlooked source ... patients, themselves. "There is so much in healthcare where we're designing solutions about them not with them," he said of patient input. "We believe strongly that they are a valuable and critical component of this solution."

The second step, Williams said, is to make sense of the data through risk scoring. Patients are scored in four major categories and subcategories and also receive a global score. A patient without a car, for example would have a higher transportation risk. In addition to the individual score, Williams said health systems could look at larger populations like Medicaid patients and discern patterns, such as finding more than a third have food insecurities. "Health systems need help prioritizing the investments they make and the resources they put to use," he noted.

The third, and perhaps most difficult piece, is putting together a care management and referral plan based on the data. Williams was quick to say this piece couldn't fall solely on the physician but would require a broader care team including social workers and case managers. By overlaying community resource information into a technology platform that works with current EHR systems, Williams said it becomes possible to link patients at the point of care to critical supports within the community.

"We believe that this area outside of the hospital, outside of the clinic - in the community - is the place that's going to make a real difference in healthcare outcomes and people's lives," he concluded.