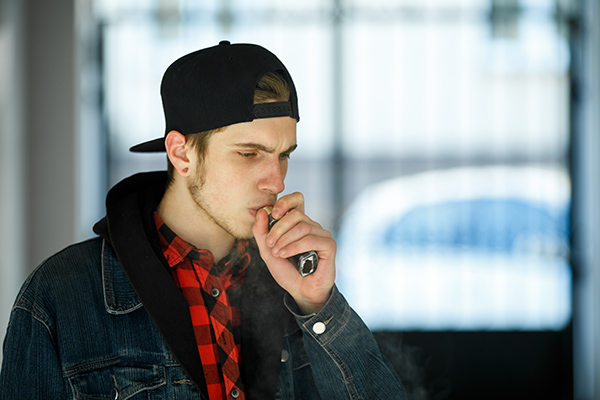 The Tennessee Department of Health (TDH) is on the lookout for additional hepatitis A cases and also asking healthcare providers to be alert to serious respiratory illness that might be tied to vaping devices.

TDH and numerous state and local partners, including the Metro Department of Public Health, continue to investigate and respond to a large, multi-state hepatitis A outbreak. More than 2,300 cases of hepatitis A have been confirmed in Tennessee, including 13 resulting in patient deaths. As of late August, there have been 223 confirmed cases in Davidson County.

"The Tennessee Department of Health, metro health departments, jails and many other community partners are working every day to ensure people at high risk of infection with the hep A virus are vaccinated to prevent more illness and save lives," said TDH Commissioner Lisa Piercey, MD, MBA, FAAP.
The liver infection caused by virus can be transmitted through contact with feces or consumption of contaminated food or water. However, the groups most at risk for hepatitis A in the current outbreak include people who use recreational drugs, men who have sex with men and people experiencing homelessness.
"It's critical for people in these high-risk groups to receive the hepatitis A vaccine to protect themselves and others around them," said Tennessee Immunization Program Medical Director Michelle Fiscus, MD, FAAP. "We know this vaccine is safe and effective."
Local health departments are offering free hepatitis A vaccine for people in high-risk groups. For more information about Tennessee's response to this outbreak, go online to tn.gov/health/cedep/tennessee-hepatitis-a-outbreak.html.

TDH is asking healthcare providers to be on the lookout for any cases of suspected serious respiratory illness they treat among patients who use electronic cigarettes or other vaping devices and to report that information to the state.

The Centers for Disease Control and Prevention is investigating a cluster of severe pulmonary disease among people who use e-cigarette delivery systems. By late August, the CDC noted at least 193 severe respiratory cases across 22 states were suspected of being linked to vaping. On Aug. 23, Illinois health officials linked vaping to a patient death from severe lung disease, potentially making it the first known death tied to the popular smoking alternative according to the Associated Press.

Locally, the Monroe Carell Jr. Children's Hospital at Vanderbilt has begun to see cases with a suspected link to vaping. "In the last six months, we have had four cases here," said Jacob Kaslow, MD, a second-year pediatric pulmonary fellow at Children's Hospital. "We are seeing patients with symptoms that seem out of the ordinary and appear more severe than a respiratory infection."

Kaslow reported seeing patients with shortness of breath, severe pneumonia, lung collapse, coughing up blood and complete respiratory failure, often placing them in the Pediatric Intensive Care Unit. Some patients have recovered while others will have irreversible lung disease.

"As a pulmonary department, we are beginning to develop more awareness of the impact that e-cigarettes are having," Kaslow continued. "Users are inhaling chemicals that are not meant to be inhaled. With cigarettes, it took 40-50 years to see the negative impact. It appears that some of the effects we are seeing with use of e-cigarettes can occur within hours after inhalation while others are developing over months."

With the rapid increase in cases reported across the country, the state anticipates additional cases of severe respiratory disease will occur here, as well. "We are alerting Tennessee healthcare providers to be on the lookout for patients with severe respiratory symptoms who report vaping in the weeks before they got sick,'' said TDH State Epidemiologist Tim Jones, MD.

''We expect to find cases of this illness in Tennessee,'' Jones continued. ''We'll investigate any cases reported here to look for common factors and collect information on specific components or brands of vaping products that may be the source of the illness.''

Across the country, patients have had symptoms including cough, shortness of breath and fatigue, with symptoms growing worse over a period of days or weeks before admission to the hospital. Other symptoms could include fever, chest pain, nausea, abdominal pain and diarrhea. Most of the cases are among adolescents and young adults.

For questions about reporting, call TDH's Communicable and Environmental Disease line at (615) 741-7247.

TDH Response to Hep A Outbreak