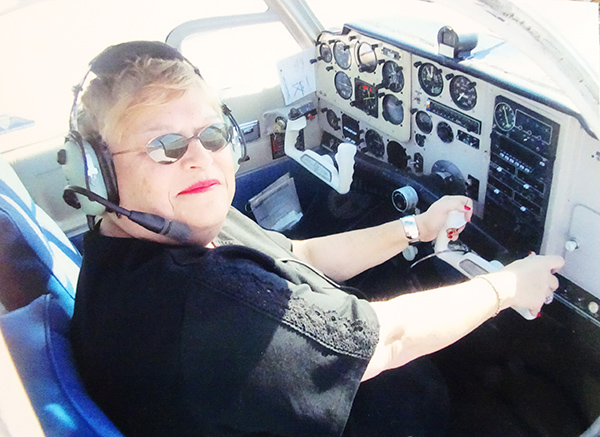 76-year-old Jan Shasteen Vaughn is a breathing, laughing, singing piece of Tennessee history. On September 7, 1985, she became the first woman in the state to receive a heart transplant. She celebrated 35 years with her "new" heart just weeks ago from her home in DeBary, Fla., where the Tennessee native relocated in 2007 to be closer to family. Today, Jan enjoys watching rocket launches with her husband Mike, volunteering at church, singing in a community chorus, joking around with her grandkids, and (pre-pandemic) traveling to faraway places like England, Mexico, and Italy. But Jan's survival certainly wasn't always a given.

The Vaughns first noticed a decline in Jan's health during the third trimester of her pregnancy in 1975. She wound up in critical condition within a few days of the birth of their firstborn, a baby girl named Carrie. Over the next 10 years, Jan's life was a whirlwind of medical appointments, experimental treatments, and sober conversations with her doctors. Tiredness is a common trait in new moms, but Jan's exhaustion exceeded the norm. She describes it as a weariness so deep that she sometimes couldn't walk from bed to the shower.

Jan would learn that her heart was no longer functioning properly due to the onset of cardiomyopathy, a rare disease of the heart muscle sometimes triggered by pregnancy. Doctors told Jan that she had only weeks to live, but she persevered. By 1985, she was too weak to continue her work as a teacher's aid at her daughter's school. Jan's doctor had floated the idea of a heart transplant, but that would require moving cross-country to California and going into severe debt. And then Jan and Mike learned two pieces of news that seemed almost miraculous: Saint Thomas West was launching Tennessee's first heart transplant program and the procedure would be covered by their insurance. Jan's family and friends came to her hospital window to cheer her on pre-surgery. She became the sixth person in Tennessee and the first woman to receive a heart transplant. David Glassford, MD, now retired, performed Jan's history-making transplant.

"I was certainly privileged to work with a group of dedicated professionals to get that transplant done," recalls Glassford. "I admire Jan's courage, and I wish her a happy 35th anniversary."

While Jan's life is joyous today, she didn't immediately feel that way. Leaving the hospital after a 16-day stay, Jan expected to feel energetic and happy. But though she felt physically healthier, she slid into a deep depression that waxed and waned over the next 3 years. Science had not yet recognized that depression was common after a transplant and Jan's went untreated until she burst into tears at a routine checkup with her gynecologist. Seeking professional help marked a dramatic change in Jan's life. Once her depression was treated, Jan began mentoring other transplant recipients and patients on transplant waitlists. In addition to her volunteer work, she began traveling extensively with Mike and was able to enjoy watching Carrie grow up, graduate college, get married, and become a mom. Several generations of the Vaughns relocated to Florida in 2007, and Jan and Mike love sharing a home today with Carrie, their son-in-law, and their grandkids.

"It has been a beautiful ride," says Jan, describing life with her transplanted heart. Transplant rejection is always a risk for recipients and Jan feels extremely fortunate that her body never rejected her transplant. Though records are hazy, research suggests that Jan may be the longest-living single heart transplant recipient. It is bittersweet, then, that the anti-rejection drugs that have helped Jan retain her heart have simultaneously put her at higher-risk for kidney failure. Jan is in the process of being added to a waitlist for a new kidney.

"I welcome my kidney transplant and am looking forward to it," says Jan with all the good-natured bravery of a woman who knows that she has made history.