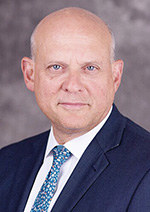 Diabetes is well established as a risk factor for stroke. For diabetics, the chance of having a stroke is 1.5 times higher than in people who do not have the condition, according to the American Diabetes Association. However, the burden of diabetes is likely even higher. Recent studies find diabetes might impact post-stroke outcomes, as well.

Jorge Plutzky, MD, chair of the Diabetes Committee of the American Heart Association, said the systemic disease of diabetes accelerates atherosclerosis, increases risk for atrial fibrillation and is often accompanied by high blood pressure. All three of those conditions can lead to heart attack and stroke.

Plutzky, who is also director of preventive cardiology at Brigham and Women's Hospital and on faculty at Harvard Medical School, said diabetes intersects with stroke risks at several points - from the link between type 2 diabetes and obesity, which is often accompanied by high blood pressure and high cholesterol, to peripheral artery disease and microvascular disease, which have been linked to dementia and Alzheimer's.

Less clear is the role of prediabetes as a risk factor for stroke and heart attack. "The absence of association between prediabetes and stroke does not inform us of the relationship of diabetes and stroke," said Plutzky. "The complexity of the disease means it can be difficult to draw a circle around prediabetes - how you are defining it," he pointed out. "We know that people with prediabetes do have a higher risk for diabetes, but not all will go on to diabetes."

However, he cautioned, it doesn't mean someone with prediabetes won't have a stroke. Nor does it mean those with prediabeties can bank on being in the group that doesn't develop diabetes.

In May, the American Heart Association published a new analysis of seven international studies looking at post-stroke progress three to six months after the event. The analysis found study participants with diabetes functioned worse than those without on measures for memory, attention, mental flexibility, processing speed, language and other tests of cognitive function.

Looking at 1,600 stroke patients in Australia, France, Korea, the Netherlands, Singapore and the United States - almost all of whom had ischemic strokes - researchers also considered whether there was a difference in outcomes between those with type 2 diabetes and those classified as being prediabetic.

It should be noted, the classification was determined by a single measurement of fasting blood sugar levels at hospital admission and medical history without follow-up measurements or additional information on severity or duration of disease. With that limitation, and after adjusting for age, gender and education, researchers found that diabetic stroke survivors had "significantly poorer" function than others, including those with prediabetes. Even after adjusting for additional factors including high blood pressure, smoking, body mass index, previous stroke history and ethnicity, the results held up with prediabetic stroke survivors not experiencing the severity of cognitive decline as seen in those with diabetes.

According to the researchers, led by Perminder Sachdev, AM, MBBS, MD, PhD at UNSW Sydney, key takeaways include:

Adding Alzheimer's to the Equation

Analyzing more than 2,000 adults in the Kentucky Appalachian Stroke Registry, researchers found 75 percent with both diabetes and Alzheimer's either died or required hospice or long-term care post-stroke compared to 62 percent with Alzheimer's alone, 42 percent with diabetes alone, and 39 percent with neither condition. Researchers did not have each patient's specific blood pressure measurement at the time of stroke ... but if high blood pressure, a common cause of hemorrhagic stroke, had been previously diagnosed, the research team did control for that factor. Even with that limitation, the study's authors stressed the need to effectively manage diabetes in light of the significantly worse outcomes that accompanied diabetes and Alzheimer's, particularly in combination.

With prediabetes, Plutzky said it is essential to address lifestyle modifications to try to slow or halt the progression to diabetes. For those who already have diabetes, he said there has been a "sea change" in the management of the disease with the addition of two newer classes of therapies. Whereas older treatments didn't reduce the risk of heart attack and stroke, sodium-glucose co-transporter inhibitors (SGLT2 inhibitors) and glucagon-like peptide-1 agonists (GLP-1 receptor agonists) do. "We do want physicians to be aware of these newer drugs because they are underutilized," he noted.

"The presence of diabetes increases one's risk for heart attack and stroke," summed up Plutzky. "Not only does it increase the risk for having a stroke but for not doing as well after having a stroke, and it may be linked to cognitive function, in general."

However, he added, early intervention and improved management through both drug therapy and lifestyle modification can change the trajectory for a patient. "Paying attention to all the red flags - both in prediabetes and diabetes - can make a difference in how patient's ultimately do," Pltuzky concluded.