The Science of Mental Health 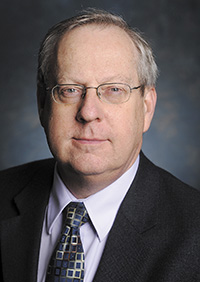 It's not uncommon for medical breakthroughs to take years, or even decades, to roll out in a real world, clinical setting. Richard Shelton, MD, hopes to change that.

In 2017 the clinical researcher was named chief executive officer of Centerstone Research Institute and chief medical officer of Centerstone America. In these roles, Shelton will advance the non-profit organization's national clinical programs and lead its efforts to transform the delivery of care for those with mental health and addiction disorders.

"I've been doing research in this field for more than 30 years, and one thing that concerns me is a huge science-to-service gap," Shelton said. "As scientists we generate lots of research data, but the evidence indicates a huge lag in time from when a discovery is made to when it can be operationalized. My objective is to take the best evidence we have in the field and apply that as quickly as we can in a clinical setting."

The biggest hurdle lies in the timely collection and summarization of data from multiple sources. For example, promising research in the complex field of pharmacogenetics has been lingering since the 1990s, although the information was only recently pulled together. Shelton also cited the treatment of addiction as an example of lagging real world application, as breakthroughs typically aren't applied evenly among patients or in the context of a larger program.

"There are a lot of legacy practices that never get updated," he said. "We want to push forward in providing that to clinicians right away. At the end of the day, I think this opportunity will give us resources and the tools we need to be able to pull information together about important treatment approaches and deliver that to clinicians as quickly as possible."

A veteran researcher and educator, Shelton served on the faculty of Vanderbilt University School of Medicine and Vanderbilt University Medical Center for nearly three decades. The James G. Blakemore Research Professor, he also served as vice chair for Clinical Research in the Department of Psychiatry, as well as a professor in the Departments of Psychology and Pharmacology.

In 2012, Shelton joined the faculty of the Department of Psychiatry and Behavioral Neurobiology at the University of Alabama at Birmingham as the Charles Byron Ireland Professor, vice chair for Research, and head of the Mood Disorders Research Program. He will maintain his UAB appointment as he joins Centerstone.

The Future of Predictive Analysis

Shelton's research has focused primarily on the treatment of depression, examining both experimental therapeutics and predictive analysis. His hope is to identify patients earlier and intervene to prevent negative outcomes including suicide.

"The approach we're taking statistically is very similar to the approach Google takes in anticipating what you're going to type," he explained. "We think it's relatively unique to take multi-dimensional data, rather than just genetic or lab information, and push it through an algorithm that will help us identify people at higher risk of a particular problem."

It's an area the Tennessee native and father of three has always found fascinating. A graduate of East Tennessee State University, Shelton attended medical school at the University of Louisville and then headed to Boston where he became chief resident at the Massachusetts Mental Health Center (now the Longwood Program), a teaching hospital of the Harvard Medical School.

After residency, he was a research fellow at the National Institutes of Mental Health Intramural Program in Washington, D.C. before entering the faculty at Vanderbilt in 1985.

The son of an anesthesiologist, Shelton had plans to become an internist until his introduction to psychiatry. "Even in medical school so many of the typical medical conditions like hypertension were known, whereas in mental health little was understood," Shelton said. "I thought that was an incredible area, with a massive need for help. There's a tremendous amount of potential for research in mental health, and it continues to fascinate me."

He's also seen a tremendous shift in views about mental illness over three decades, which he credits to the availability of treatment and the courage of those with mental illness to speak out.

"When I first started, mental illness was something people uniformly hid," he said. "The public perception changed when people would get on TV and say they got help. The stigma also declined as treatment got better, and people starting getting well. One reason I want to get treatment to people is because most can get better or recover and then open up about it."

He's also eager to work with Centerstone's large network of veterans programs and join them in partnering with schools across the U.S. "If you take something like depression, about 40 percent of people who will ever be depressed were depressed by age 21, and most start soon after puberty," Shelton said. "We want to back the clock up and intervene with those kids before that age." Advances in predictive analysis have also allowed researchers to identify children most at risk of mental illness, and Shelton hopes to work with pediatricians and schools to incorporate mental health into existing wellness programs.

"As CMO of Centerstone, one of my major objectives is to develop and deploy models of care for mental illness and addiction, and I want to work with clinicians to see to it that those treatments are delivered with the highest fidelity," Shelton said.