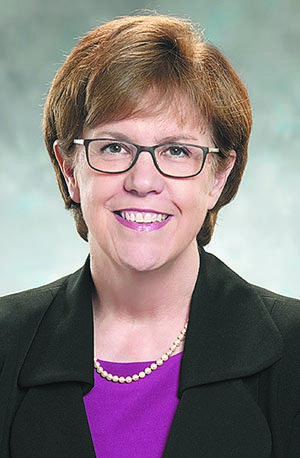 The June meeting focused on "The Art of Budgeting," and featured Lucy Carter, CPA, member and practice leader of the Healthcare Industry Team for KraftCPAs. Carter challenged the practice managers in attendance to broaden their viewpoint on budgeting. Rather than thinking of the process as an annual chore, she encouraged NMGMA members to see budgeting as an opportunity to breathe life into the vision and strategic plan of the practice. Done right, she noted, budgeting is more an art form than administrative obligation.

"Successful practices have a clearly stated, focused strategy," said Carter. "Not only do they have a strategy, but they communicate it clearly." She added, all eyes have to stay on the strategic goals if a practice is to develop and maintain a performance-oriented culture. "And," she continued, "you have to be as efficient as possible to carry out that strategy."

The budget, Carter said, is an important tool that translates the organization's goals and strategies into dollars. "If the practice doesn't have the budget to support its strategic plan, the plan will need to be modified ... or the practice will need to find the financial means to support the plan," she stated.

Carter said a useful budget format is often based on the practice's income statement, which reports all revenues and expenses. Taking actual results from the prior year and adjusting for projected economic and operational changes is a solid first step in planning for the new budget year. Projected changes might include unique line items such as adding a new physician to the group or investing in capital equipment, as well as ongoing expenses ranging from adjustment for inflation on supplies to an increase in rent.

The process, she said, takes forethought and an understanding of the ebbs and flows of the business year. "You really need to look at what your cash pattern is," Carter advised rather than automatically allocating numbers straight across the spreadsheet. For example, Carter said pediatricians might have the largest revenue streams during winter cold and flu season and in the late summer just prior to another school year kicking off. Discretionary expenses might, therefore, be tied to those months rather than a month where income is historically lower. Similarly, allocations for medical supplies and office expenses are likely to be higher in busy months and should be reflected that way on the budget.

Once a budget is created, it isn't a static piece of paper. Instead, it's a living document that is bound to be impacted by changes throughout the year. Carter said the budget should be reviewed monthly and compared to actual results. This process helps highlight revenue shortfalls, areas where spending might be out of compliance with budgeted allotments, or an unforeseen cost. "If things have changed, you need to revise your budget," she said.

"So," Carter concluded with a smile, "have I convinced you that budgeting is an art?"